Where We Came From

Table Tennis formally came to the Sycamore Centre at St Ann’s in 1978 when the then owners, Nottinghamshire County Council, agreed that it should develop as a Centre of Excellence for Table Tennis.  This was in line with its policy in respect of other sports i.e. Gymnastics at Rushcliffe, Balderton for Hockey, Beechdale and Victoria for Swimming.

Equipment was purchased, lighting improved and other investments were made which served Table Tennis in Nottingham very well to a degree where organised coaching, inter-City and County competitions as well as practice and local team competitions took place.

By June 1994 use of the building by the local people was so infrequent that the lower level was offered to Nottingham Table Tennis Association on a permanent basis – this offer was declined.  However, a group of volunteer enthusiasts met and formed the new Sycamore Table Tennis Centre.   It opened in September 1994 and attracted 70 members.

The ground floor hall, its floor and some equipment were refurbished at a cost of £10,000 in 1995 before the Sports Council officially opened the Centre.  In 1997 further improvements were made to include a gym, a canteen and kitchen and a further practice room – at a cost of over £5,000.

The Club subsequently invested over £15,000 by way of grants and its members’ money to provide a Centre that was acknowledged as the best in the City.  The prestige that went with that quality of venue was such that the Club could attract England Women’s No.1 (and World ranked player) as a member.   People travelled from Rushcliffe, Broxtowe, Gedling, Newark and outside the County to play at Sycamore however 59% of the users lived in the City area.

In 1998 Sycamore Table Tennis Club was proud that John Heppell, the local MP, agreed to be Club President.   He was succeeded in 2005 by Sport England East Midland’s Regional Sports Board Chair, Len Jackson OBE.

Things changed in 1999 when plans were laid to convert Sycamore into a Millennium Centre for the communities of St Ann’s and Sneinton.  From July of that year table tennis activities were split between the Sports Barn on Hungerhill Road (now the Brendon Lawrence Hall) and the Sports Hall at the National Water Sports Centre, Holme Pierrepont (5 miles away) where the facilities of the English Table Tennis Squad was used.

The Club was pleased when Table Tennis returned to the refurbished first floor of a renewed “Sycamore Millennium Centre” in 2000 and 3 years later, in April 2003, the Club returned all of its activities to its “roots”.

Having developed to over 60 members, with 8 teams competing in the local Nottingham League Sycamore’s reputation and facilities attract an additional 40 or more guest players each year.  The Club was first accepted into the English Table Tennis Association’s PremierClub Scheme at Advanced level in January 2002 and continues to attract some of Nottingham’s finest players as well as players ranked highly in England.

In 2007 the Club was voted into the top 2 Premier Clubs in the East Midlands Region.

By 2008-09 the Club had 93 members originating from all over the world – from China and Hong Kong, Hungary and Croatia, Trinidad and Jamaica, and many from Nottingham! We entered 9 teams in the Nottingham League this year.

In the 2009-10 season the Club peaked at 100 members from various locations as the previous years and entering 9 teams again in the Nottingham League.

Season 2010-11 the club managed to keep the membership around the 90 mark, and continued with entering 9 teams into the Nottingham League, and introduced its 2nd Senior British League Team.

Season 2011-12 the club continued to keep a high membership of 90+ and entered 11 teams into the Nottingham League, and continued with 2 Senior British League Teams.

Throughout its history there have been many players at Sycamore who have shown a keen interest in daytime sport. The Monday and Wednesday morning sessions attract senior players who may be home-based, retired, unemployed, or others who are able to manage their working hours.

A sporting relationship with the Knighton Park Club in Leicester has developed into a source of regular competition with a social aspect and this has expanded to an event against neighbours at Draycott and Long Eaton TTC in 2009.

The Club has other organised social activities such as a skittles event, Christmas Social, a Table Tennis Demonstration and, since 2006, a very popular Citywide Summer League. The opportunity to try the latest bats and rubbers from Butterfly has become a mid-season event that attracts players of all abilities.

A new Saturday morning session was opened in November 2008.  Advertised widely and available for anyone the gathering has steadily increased in popularity through to 2009.

Thursday evenings were also introduced during the 2009-10 season and proved even more successful, with this session continuing into the 2010-11 season.

Now we operate Saturday am and Sunday pm sessions for both the social and serious players to practice.

In 2004-5, our 10th Anniversary season, Sycamore entered a senior men’s team and a women’s veterans’ team into British and National Leagues for the first time.   That year the “A” team convincingly won Nottingham’s Premier League and did so again in 2005-06 and retained their title for the 11th consecutive years in 2014-15. Representing the Nottingham League, the team also won the National Team Championships in 2005-6.

The British League Team following their successes they were promoted from British League Division 1 (North) to the Premier Division where they competed against the best in the Country in 2006-07. Achieving a creditable 4th position against such opposition was remarkable and earned them an invitation to compete in Europe that unfortunately finance precluded.

They were also proud to be shortlisted for Nottinghamshire County Council’s “Best Amateur Team” Award, 2006.

An extremely testing season followed with relegation back into Division 1 but after an injection of new players they bounced right back in 2008-09 by winning Division 1 (South and Midlands) and reaching the Play-off Finals. The team Captain (Jason Ramage) was awarded the prestigious “Player of the Season” Award for his efforts over the season.

The season of 2009-10 saw the team compete successfully at this level bringing in Gavin Rumgay (Scotlands No.1 player) to assist them in their bid.The team remains in the Premier Division after finishing 5th competing with many international and top national players from this country.

The 2010-11 season saw the introduction Omkar Torgalkar, a student from India studying at London Metropolitan University who contacted Sycamore through its website, being ranked in the Top 16 in India, proved an excellent acquisition to the team, and with the help of Tim Janssens signed for the last weekend, ensure Sycamore’s continued presence in the elite division of British League Table Tennis.

The 2011-12 season brought Damien Nicholls and John Murphy into the fold with a late addition of Peter Musko for the last 2 weekends. Sycamore ensured its continuation in the elite division of British Table Tennis, and also entering a further 2 teams to make it 4 teams, at various levels.

The 2012-13 season brought saw the introduction of Paul McCreey, Matt Ware and David McBeath into the Senior British League Team, and managed to come 2nd in the Premier Division. Also the expansion of the British League format with a 3rd and 4th team entered, facilitating more Sycamore players to play at National Level.

The 2013-14 season saw Sycamore crowned National Team Champions, winning the Premier Division with the introduction of Chris Doran into the 1st team. Sycamore entry into the British League format increased to 5 teams, We also entered a Women’s British League Team and they won promotion by winning Division 4.

Our Table Tennis England qualified coaches have experience in helping players of all ages and abilities to reach their potential. In addition to regular Monday evening sessions, the Club is proud to have been asked to coach Nottingham City’s Youth Games squads of 2005, 2006 and 2008 and to deliver development programmes to young people from separate City youth clubs in Basford, Forest Fields and also in the Meadows areas.

The Club can call upon some of its elite players to act as practice partners for those with good skills who want to progress further.  Sycamore fully supports the ETTA backed Butterfly Skills Awards scheme as a guide to progression and in 2009 our first group of seven students graduated in the “Improver” category.

We also have a programme to support and encourage more players to qualify as coaches.

Nottinghamsycamorettacademy.co.uk, our own Website, was created in 2003 and we were pleased that so many of the clubs fresh introductions came through this source. The site was professionally re-designed in October 2006 to make best use of worldwide exposure.  Visits to the site have increased in numbers to about 30 per day in 2009, with many making personal contact to ask for more specific information.

In 2007, as a result of several months of discussions, the Club announced that it had formed a “School-Club Link” with the Wheldon School at Carlton. Sycamore coaches have created and led an after-school club for their 11-18 year old students starting since March. This will be the only one of its kind in Nottingham and it is hoped that the new initiative will generate a younger interest for the Club and Table Tennis in general.

Unfortunately table tennis was not supported by the students and the link was closed in 2008.

From 1 March 2007 Sycamore Table Tennis Club has been supported by Tees Sport, the UK importer of Butterfly Table Tennis products. After several months of negotiations a 5-year contract was agreed. This fits directly into the objectives of our Club Action Plan.

Tees-Sport assisted the Club to replace all of our 7 match tables and to invest in a practice / training robot. The company supplied kit to our British League senior men’s and veterans women teams, and give special assistance to members when replacing their personal equipment.

During the spring of 2007 work was undertaken with Bilborough College in Nottingham to create a second “School-Club Link” which will bring the option of Table Tennis, through a coaching and assessment programme, to ‘A’ level and ‘AS’ level PE students For them, development by way of league competition would be possible and wider benefits to the Club and our sport in Nottingham could follow.

Over 2 seasons the Club has developed 18 week training programme for the College based upon one 1-hour session per week. 8 students successfully completed the course in the first year and 5 more graduated in 2009.  From this link a college social sport has grown up and 3 players have joined our Club.

In August 2011 Sycamore moved to its new home in Brendon Lawrence Sports Centre and we increased our playing area to 12 tables, and successfully ran our first 1* Tournament in March 2012 with approximately 20 entrants.

Over the last few seasons, Sycamore have been working hard in trying to get into the community and local schools in Nottingham to deliver some coaching to primary schools, academy’s, secondary schools, colleges and universities. We have also made some links with other community bodies to enhance Sycamores name and reputation within the community.

Sycamore successfully completed 6 Sports Unlimited projects 2009-10 across 3 schools moving into the Sportivate Project in 2010-11 successfully completing across 8 projects in 4 schools/colleges. 2012-13 takes Sycamore into 9 schools/college across Nottingham to deliver 18 projects including 2 Disability programs, and have continued to deliver a very healthy schools program ever since.

Membership renewals - CLICK HERE - the Sycamore Table Tennis Committee have decided that, with the lack of club activity over the past year due to covid19, there will be no charge for membership over the next twelve months for existing members. New members will be expected to pay the membership fees. FORMS AVAILABLE HERE 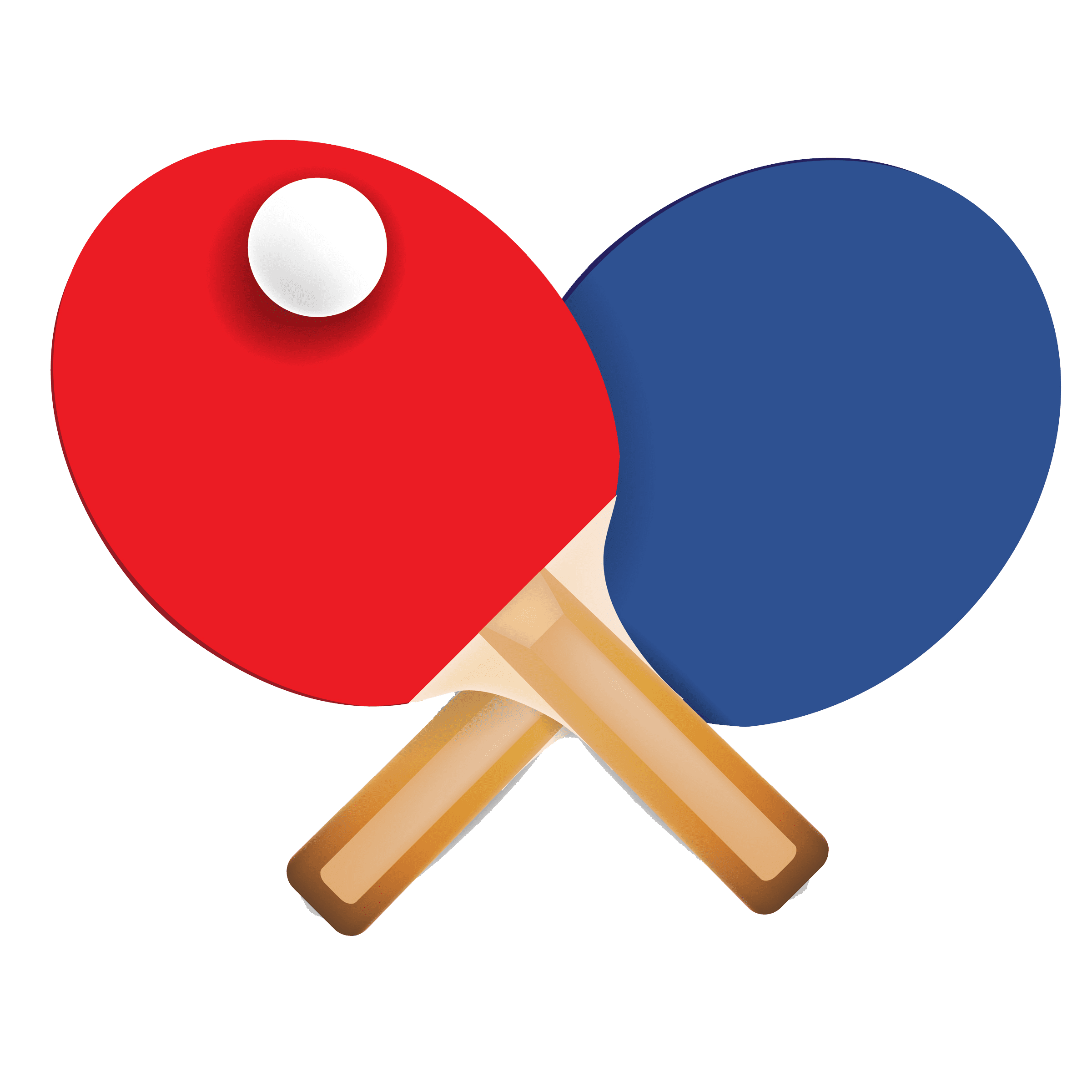 There will be no practice session on Saturday 26th February as there is a British League match being played at Sycamore.