As an accredited club, all of our coaches have UKCC Coaching Certificates, which means they have all been CRB Checked, attended First Aid and Child Protection Courses and insured by the club and the National Governing Body.

Below is a brief summary of their coaching skills and achievements: 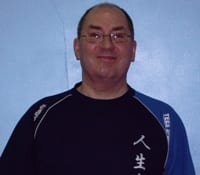 David became interested in coaching when the former Head Coach started a “Coaching for all Ages” Monday evening session in January 1998. The session remains very popular and David is present most Monday nights.

David qualified to ETTA Level 3 and became Sycamore’s Coaching Officer but more recently, in November 2010, he has achieved the new UKCC Level 2.  Apart from the Monday evening sessions, David has coached at schools in the Nottingham area and coached individually all ages and abilities. He is keenly interested in the way techniques have developed over the years. 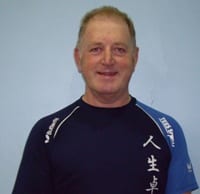 Owen first qualified to coach in 1999. Owen is now Licensed at UKCC level 2 and a regular leader at our Monday night sessions. He coaches Club players at Intermediate level and is keenly involved with Community groups.

Owen was ETTA Development Officer of the Year 2007 and awarded the Maurice Goldstein Award for devoted service to table tennis in 2009. He is Sycamore’s Coach Mentor and regularly competes in the Nottingham League where he is a member of the Management Committee. 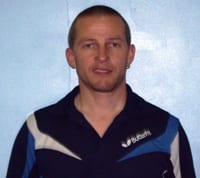 Jason first qualified as a UKCC Level 1 in August 2007 and was on the first course held at Draycott in Derby. He recently qualified in May 2010 to achieve his Level 2 qualification, and attends on Monday evening coaching as often as possible.

Jason has introduced the “intermediate sessions” held over the last few months which have proved popular amongst the membership. He also coaches in local schools in St Ann’s area and local schools in Nottingham with Joseph.

Jason is also the club Joint Development Officer of the club 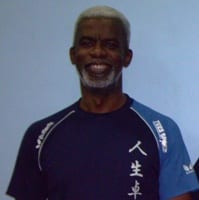 Joseph started playing Table tennis in Jamaica in the mid 70’s. As a teenager he rose to National attention when he had significant victories in the top end of the National ranks. He came to Sycamore in 2008, and brought considerable experience of the “jamaican way” to his new club. Joseph qualified as a UKCC Level 1 Coach in 2009 and is fully involved with our Sycamore Intermediate Training.

Joseph’s philosophy is that – “you learn by teaching, and can only truly impart what you are in possession of..”. With this mindset the ‘science’ of the sport has held his attention, with a view to “obtaining the ‘root causes’ from which every observed outcome springs”,. and passing the information on.

Joseph is also the Welfare and Joint Development Officer.

Membership renewals - CLICK HERE - the Sycamore Table Tennis Committee have decided that, with the lack of club activity over the past year due to covid19, there will be no charge for membership over the next twelve months for existing members. New members will be expected to pay the membership fees. FORMS AVAILABLE HERE